The decision on whether to use, and continue to use a dummy, is completely up to you. It's a topic that everyone has an opinion on, and often won't hesitate to share it with you!

At The Sleep Store, we support parents decision to use a dummy. We have used them with our four children. We found them so useful for helping newborns settle, a good tool for stretching out night feeds and pretty much invaluable over the first few months.

We are big fans of The Happiest Baby 5's techniques, one of which is Sucking. If your baby isn't hungry, then a dummy is a good alternative to using the breast or little finger to help calm your newborn. It can give mothers a break from feeding and fathers another way to feel in control of settling their baby.

Research in The States has also shown using a dummy significantly reduces the risk of SIDS, which is always handy to tell people if they share their negative opinion about dummies!

However a baby can become very dependant on a dummy as they get older (usually starts to be an issue over 4 months) and cry out for you to replace it during the night. Generally using a dummy is pretty hassle free in the first few months, but once you find you are getting up several times a night to replace a dummy, then it may be time to get rid of it!

Here's some information on how to use a dummy with your baby, tips to help avoid your baby becoming dependent on one, as well as some ideas for weaning off a dummy when it's time to do so:

Why use a dummy with your newborn

Many newborn babies love to suck, and you will find sucking can really help them to settle. You can use the breast or your little finger to suck on. The benefit of a dummy is that it means baby can fall asleep in their bed, rather than on you. And separating settling from feeding means you can follow the essential feed/play/sleep routine from early on.

Many babies are not coordinated to suck their fingers until they are 3-5 months old, even if they sucked their fingers in the confined space of your womb. Keeping their hands out to suck can be counter-productive if the startle reflex means baby waves his arms around and wakes himself up.

Basically dummies can be an absolute sanity saver in the first few months, making settling quicker and significantly reducing crying.

Dummy use can reduce the risk of SIDS. 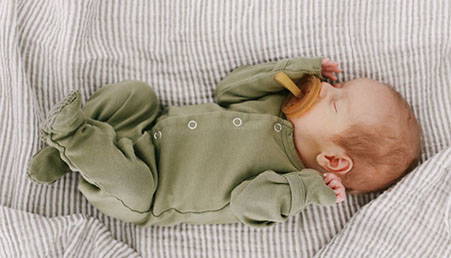 When to wean off the dummy

If you are keen to wean your baby off a dummy before the habit gets too established, start to reduce use by about 3 months.

If you use the dummy beyond 3 months, you may find your baby starts to need it more often during the night.

However many families find a dummy can help with resettling in the night rather than always feeding, and offering the dummy can help stretch out night feeds.

Babies can often learn to put a dummy back in for themselves at about 5 months old.

If you don't plan to use a dummy longer term, the earlier you wean it, the easier the weaning is likely to be!

Weaning off the dummy at this age

Many people recommend the 'cold turkey' approach of getting rid of the dummy, ie just stop offering it. Yes this will likely result in it being harder to settle your baby for a few days and result in more crying. But generally babies adapt to no dummy within a few days.

You may want to reduce use of the dummy first, such as only offering for sleep times rather than any time baby is unsettled.

You could remove the dummy as baby starts to settle, rather than leaving it in while baby actually falls asleep. There is a good technique for this called the 'Pantley Pull-Off', which Elizabeth Pantley explains in the No Cry Sleep Solution. The same technique can be used for weaning off breastfeeding to sleep.

Many people find introducing a safe comforter, such as a Cuski, helpful in the dummy weaning process.

You may need to use other settling techniques as your baby adjusts to not having a dummy, such as more rocking or patting or having a hand on them as they fall asleep. It is a good idea to think of these as a transitional stage and that you will reduce use of those alternative techniques before long too.

Here's some ideas from our Facebook community on weaning off the dummy with little babies: 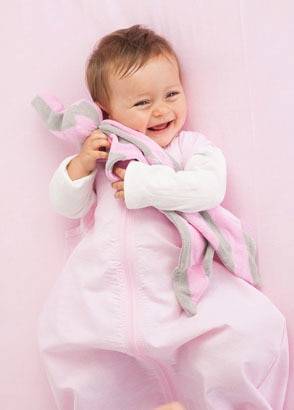 The Happiest Baby Techniques - The 5 S's

When you are looking for solutions for a crying baby or helping a newborn sleep, look no further than the amazing 5 S's techniques! 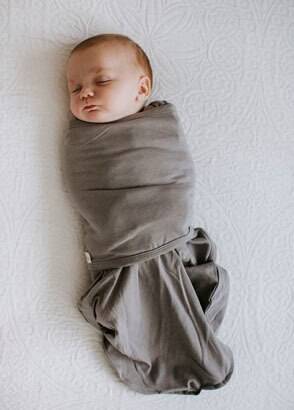 Swaddling a newborn can help baby to calm, relax and settle ready for sleep. Swaddled babies will typically sleep for longer and wake less frequently. 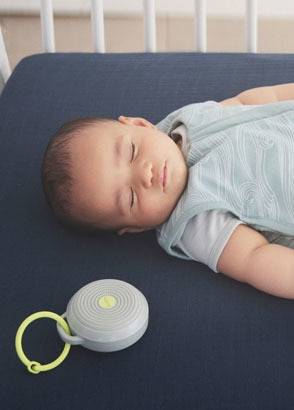 White noise for calming and sleep

Lullabies have long been used for comforting babies and helping them fall asleep. However when it comes to calming newborns, white noise is far more effective than lullabies and classical music.

Read More
BACK TO SLEEP ADVICE
×